As mentioned in a previous blog. The challenges of running a net session are well known. That is why as a coach, it is always useful to have many different activities within nets….for example “Clock Cricket”!

Nets should ALWAYS have a purpose! At the very least, each bowler should go into a net session, with 1 or 2 specific points to work on. Without this focus, they can degenerate into chaos quickly!

Coaching discipline in the nets

How often have you seen a batter start poorly in the nets….then improve in the middle….only to throw all this out the window in the last 5mins? Why even practice if you are returning back to “square one” at the end?

Above all, players have to not only have one clear theme, but apply themselves to this theme consistently…..up to the very last ball! Nets don’t always have to be about technique! How about using the odd net session to work on STRATEGY and MENTALITY instead?

All these are just as critical to success on the field as sound footwork and a smooth swing. Here are a couple of games i use to introduce the strategy and discipline.

The aim of this game is to make players THINK LONG TERM, and WORK FOR REWARDS. As young cricketers get older, I try to be much more sparing with praise – not just ball-by-ball compliments.

Encourage the idea that they have to “join them up” – ie/ produce a series of good balls or shots – before patting themselves on the back.

FOR THE BATTER TO SCORE A POINT….

Play 5 CONTROLLED SHOTS – a ball that hits the middle of the bat, stays low, and goes in the intended direction.

FOR THE BOWLER TO SCORE A POINT….

Bowl a straight over – with no wides!

Incredible simple. How many balls can you bat for without losing patience? Balls faced, bowled, or fielded, without resorting to anything daft!

How long can you ignore the voice in your head, urging you to charge down the wicket/slog the spinner/bowl at 7000mph. When the rash shot or wild ball comes, reset the score to zero.

At the end of the session, everybody will have an official “Narna-Limit”: or in other words, the HIGHEST NUMBER OF BALLS they went without being silly!

**In this game is is IMPORTANT not to punish minor mistakes, only major errors in judgement or approach. For example, a play-and-miss could be down to a good ball, or slightly misjudging the line. This is entirely different to a random slog.

Players shouldn’t be discouraged for trying to do the right thing, only when they have done something wild.**

This isn’t original, but it is important to mention that players need to come up with their own strategies.

Asking them “what’s the plan?” helps you to get inside their thought process. This is where it gets interesting!

The whole point of this activity is getting the players to this stage – analyzing the batter! From here, you can help them to refine an effective plan.

Even for the youngest players, you can encourage them to think about plans. Even something as simple as “bowl outside off-stump to this batter instead”, count as a basic plan. They can bowl the same ball, but at a different angle.

For older players, you can introduce ideas such as “setting up” the batter. Most often, young cricketer’s plans are short term – “this ball will get them out”. By having plans as a theme, you can start thinking about the bigger picture….

IN THE NEXT POST, I WILL TALK ABOUT “NET MATCHES” – AND THEIR USE IN ENGAGING AND EDUCATING YOUNG CRICKETERS. THIS WILL INCLUDE GRAPHICS AND GADGETS YOU CAN USE TO REALLY HIT HOME YOUR COACHING POINTS!

CLICK HERE FOR OTHER ACTIVITES AND IDEAS FOR GROUP COACHING 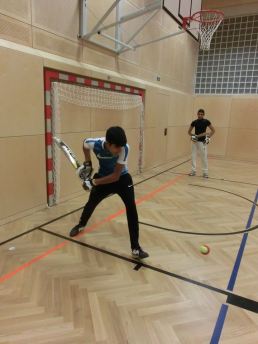 The coaching manual has evolved hugely in recent years. There are now more resources to draw on, and skills to teach that would be considered preposterous even 10 years ago.

However, it isn’t complete yet! There are still gaps in the standard textbook, parts of the game that are under-valued. And there is still room for interpretation. How do you not only create skillful players, but create intelligent cricketers who can bring these to the field?

Here is my list of activities i feel – in general (you might be an exception!!) – need a little more attention.

The first point comes with an asterisk….as you no doubt are already teaching elements of gameplay. But is it good to do all of them at the same time?

Certain valuable topics tend to get clumped together….bracketed into the same, “gameplay”, session. But when you consider the sheer number of coaching points involved, this seems foolish:

The solution: play games, but SEPARATE your coaching points.

Accept that a young cricketer (or any cricket for that matter) will not be able to devote to so much at once. These skills require different thought processes. They demand eye for small detail (narrow focus) or broader awareness (peripheral vision). When a player is fixated on correct calling, they may well temporarily lose some precision. Shots might lack the correctness you would usually expect. There will be setbacks and relapses, while a player is trying to “re-wire” themselves.

And this is OK!! Decide on a couple of these points to hammer home, and proceed in sets of two or 3 themes….until the work is complete!

You’d NEVER lump all elements of batting into a single drill. Why does it happen so often in game-play sessions?

TRY: BREAKING IT UP

Before you move to criticism footwork, swing or timing, consider whether the shot was the right one to play in the first place!

Technical advice is pointless if the player has attempted the wrong shot anyway!

We tend to practice individual shots, but provide less insight on how to distinguish between each one.

RELEASE POINT – it is amazing when talking to batters about what they are watching, how few actually have their eyes trained on the ball. They are watching it, but are they really watching it?! It sounds obvious! But, trust me, they aren’t all doing it!!

The swifter the decision making process, the more time remaining to actually execute the shot. But this has to start somewhere!

During match scenarios and batting drills, mix your feeds, emphasizing the vital principle: “watch and move”. See if you can trick them with a sequence of similar feeds, followed by a different one. This will help you discover if they are settling into a pattern. Reward indications that your player is thinking. For example, if they have chosen correctly backwards or forwards….and have “used the crease” (ie/ getting right out to the ball or back to the stumps.

REMEMBER: if you have decided shot selection is your theme, be consistent with this. Don’t lurch back to technique coaching again. Feedback must have clarity!

Throwing, catching and stopping – in all their various forms – are covered in the coaching manual. One element that is under-recognized is the “catch and tap”. This summarizes the act of collecting a throw, and deftly breaking the stumps.

Run outs are missed frequently because of:

a) A reflex” to throw down the stumps

b) Poor aiming, towards the ankles of the catcher

c) Over-eagerness to break down the stumps – causing fumble

This is a technique that requires its own set of coaching points. it helps to provide a little input on body positioning (especially feet) to the ball collector, in fielding drills. And also the mentality, of staying calm and relaxed (especially upper body).

Batting or bowling! We talk about how to execute stock balls, hitting different lengths and variations. How often do we teach players how to structure an over or a spell.

How often do you see a young cricketer try a big variation on the 6th ball of the over. This is usually a spontaneous decision….simply changing for the sake of change.

The result is usually a release of pressure…..players who were on the hook suddenly get a different kind of ball, that they are able to help away. This bring about an over-compensation from the bowler.

How often do you see a batter, previously in total control of the match, bring out an expansive shot from nowhere. And how often does this prove their undoing.

Good cricketers require an idea of when to utilize their different skills.

Learning to not give the opposition exactly what they want. Play smart. Don’t change just to prove that you can.

Young players aren’t stupid. They realize (and will constantly point out) that sometimes we “need the runs”. 10+ per over might be the target….and surely they need to “hit out”.

Of course they are right, but wrong. There is a difference between “slogging” (random hard strike) and “power hitting” (still involves a degree of placement). Talk your players through it.

At ANY STAGE of the innings, you need to decide where you are hitting the ball. Even having something as simple as 1 “off-side option” and 1 “leg-side option” can raise a batter’s chances of a clean strike.

Advise players to keep stable base on contact, and above all, WATCH THE BALL. The most common reason for players being unable to accelerate: pre-meditation. They commit to a single option….turning many bad balls into good balls!

In the death overs, not every ball has to disappear over the bowler’s head. You don’t need to charge every ball. Play smart!

Throwing on the turn

Players aren’t stupid. For all the emphasis on technique, they know that sometimes you haven’t got time to set yourself for a throw.

Instead of fighting them on this, you can meet them half way. Teach them the principles of a quick stop and throw, that will still allow a good chance of accuracy:

Passing the ball around the field. Making sure the ball never bobbles its way back to the bowler, getting scuffed, damp and bruised. This little things contribute to a team’s “image”.

And they can be coached with a little imagination! Here is my “recycling the ball” drill, for example.

Other things you can do are time how long a team can get the ball through EVERY player’s hands, from keeper to bowler. Fnd their “PB” personal best time”. Incentives in matches also work. Reward a complete over of “tidy” fielding with 5 bonus runs, for example.

Sometimes it is the little things that make the bigger things (champagne moments and spectacular feats) possible in the first place.